The Netherlands Most Attractive Employers 2021

AMSTERDAM – May 31st, 2021 – Today Universum – the global leader in Employer Branding – released the 2021 findings of their Netherlands Most Attractive Employers. This year, over 28,100 Bachelor- and Master- students from 53 universities shared their opinions and views on their career goals and ideal employers. Set out to track career aspirations and preferences of the future talent pool, the Netherlands’ Most Attractive Employers 2021 reveal who are the most coveted employers based solely on the responses collected.

The pandemic has had a big effect on the outlook of Dutch talent. Looking at the long-term career goals tells us that students this year feel a stronger need for a secure job. Both business and law students clearly lost interest in an international career, likely because such a career path has suddenly become quite uncertain with borders closing and ongoing advice not to travel abroad unless necessary.

Describing the change in the attitude of Dutch students, Universum Country Manager for The Netherlands, Aurelie Pradier, said “only two years ago we witnessed the emergence of a confident and ambitious new wave of talent, however, the pandemic has dampened this optimism, and this is reflected in the 2021 students’ preferred industries and choice of employers”.

The recent rises in youth unemployment since last year has certainly had an impact on talents’ confidence in certain industries. Before the partial lockdown in March 2020, youth unemployment stood at 6.3% and reached its peak at 11.3% in August. It currently stands at 8.8%, but ongoing labour market uncertainty can perhaps explain the record number of students enrolled in universities and colleges this year.

Looking towards the future

Pradier continued “The uncertainty that talent is currently facing has led to rising importance in job security and interest in stability. “A good reference for a future career” has risen in importance for law, tech, and business students alike. For business students, it has become significantly important during this period to secure a good stamp on their CV. We have seen this in the past in other markets during times of recession. It’s a subtle indicator that talent is less confident in the job market at present and are planning for the future”.

Law students are showing an increasing interest in the human side of the company. These young lawyers in the making want to find an employer that can provide them with a friendly work environment, that has respect for its people and that will give them inspiring purpose.

Tech students seem to be heading back to basics. This year they are focused on finding an innovative company to work for, which embraces new technologies, they do however want this employer to provide them with a friendly working environment.

On top of the Dutch Talent Survey, for the last two years, Universum has also surveyed Dutch employers to ask their opinions on several Employer Branding related topics including the hiring environment. One interesting, point from this year’s survey is that 74% of companies in the Netherlands said that the hiring environment will either become easier or will remain the same, compared with 2020 when 42% said it will become harder.

At the same time, we are witnessing a pause in the number of considered employers among Business and tech students for the first time in five years. Last year business students would consider 19.3 employers on average before choosing one to work for, tech talent would consider 15.7.

2021 marks the only year this number has not increased, with business students now choosing an average of 18.7 employers and tech talent choosing 15.6.

Explaining this trend, Universum Senior Research Project Manager, Rosemarije Haasnoot, said” Even though the effect is subtle, one explanation for this pause or drop in the number of considered employers may be due to absence of campus activities since March 2020. Before the pandemic, employers could easily tour campuses, attend career fairs and engage with talent face to face.”

Haasnoot continued “Some employers have adapted by taking these activities online, but the lack of physical presence has had a negative impact on the number of different employers they would now consider, so companies must try harder to attract the attention of talent or risk being overlooked”.

Over the past five years, Universum’s rankings have revealed the stronghold Dutch employers have over talent in the Netherlands. Local heroes have had an incredible run during this time and won over talent against many of the world’s most renowned and attractive international employers. This year, however, has seen a dip for many of the country’s best-known companies including HEINEKEN which fell on both tech and business rankings this year.

The effects of the pandemic on certain industries are very evident across the board on all three student rankings. One example of this is KLM, which was at number one in the business rankings last year but has now dropped to fifth place this year.

The airline is one of many from around the world that had to pursue a rescue deal to fight through the pandemic. One would expect that during this period, that the travel industry as a whole would not be so appealing to join. By remaining within the top ten it does show that Dutch talent hasn’t given up on this local hero completely and KLM should take some pride and reassurance that its strong employer brand is at least for now keeping it in a respectable position among local talent.

Is Dutch talent falling out of love with their local heroes? Not quite!

Similarly, Booking.com also dropped nine places and now sits in 33rd place. Other local employers from the worst affected industries include HEMA from the retail sector which sits in 50th place on the business rankings after falling 13 places and NS which fell nine places to 54.

On the other hand, we can see among business talent that online retailers Coolblue and Bol.com are gaining preference among business students this year despite dropping in popularity among tech talent.

The tech rankings show a brighter outlook for many Dutch employers, with ASML making the biggest jump in the top ten, while Ministerie van Defensie is a newcomer to the rankings and comes in strong in ninth place.

Similarly, to the business rankings, employers within the FMCG industry have seen declines, however, companies within Aerospace and Defense have benefitted from considerable jumps in attractiveness, including European Space Agency/ESTEC, Thales, and GKN Aerospace.

A special mention should be given to the European Space Agency and their 2020 campaign to recruit astronauts for the first time in 11 years. The campaign caught the attention of Dutch tech talent and saw it rise by seven places this year.

Universum is a data-driven, insight-led employer branding agency. Founded in Stockholm, we are now active in over 60 countries, with key hubs in Paris, Berlin, London, New York, Singapore and Shanghai. We provide our clients with the research, strategy and creative solutions they need to compete more effectively for talent. 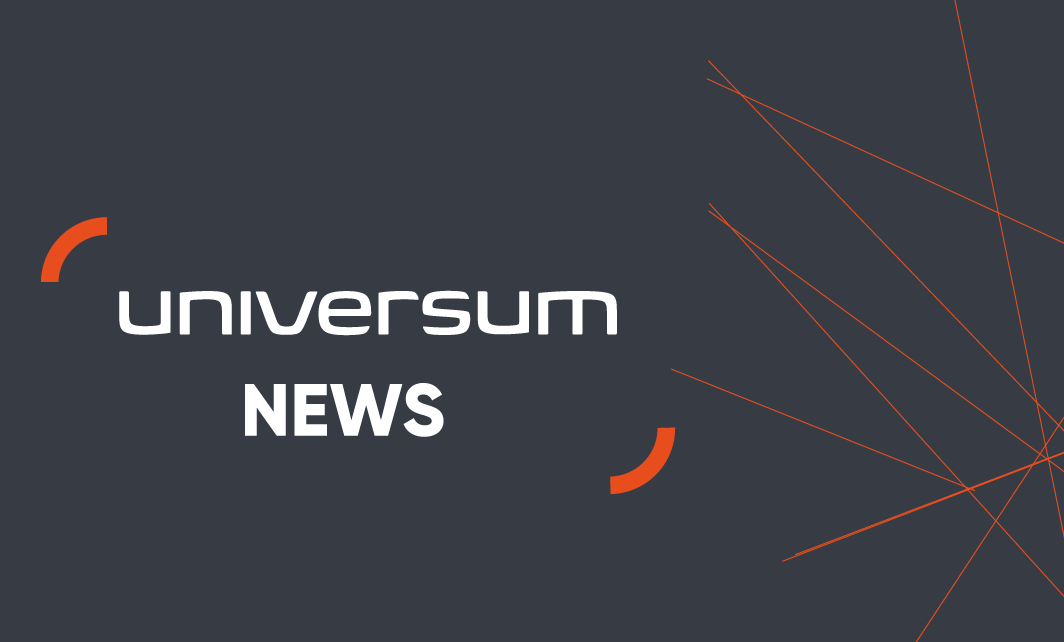 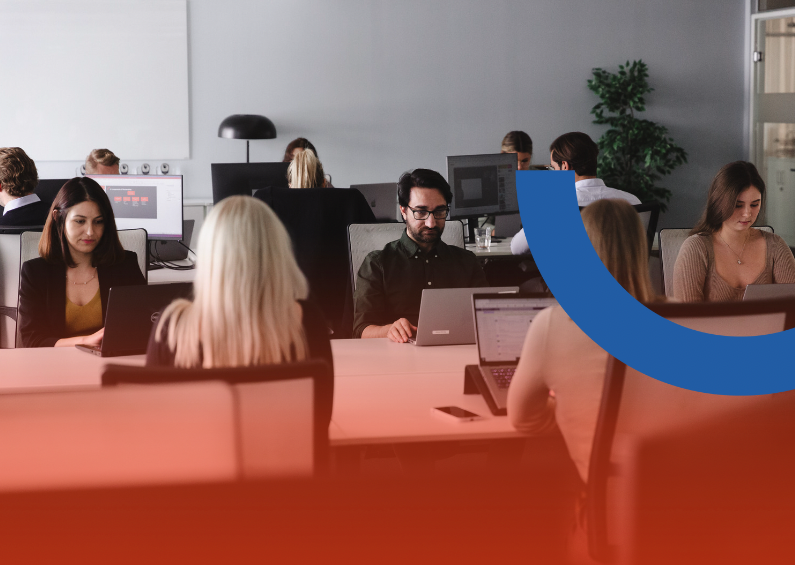 Universum listed as a finalist: The Drum Awards for Social…

We (Universum Communications Sweden AB) collect and process your personal information to improve your experience on our site. By accepting, you consent to this data processing. This action is revocable at any time.

You can also manage your settings or reject the data processing and find more information within the Cookie Policy. By consenting you may also agree that data will be transferred to the USA and potentially other countries. In such countries, authorities may have easier access to such data and you may have fewer rights to oppose such access, as compared to the European Union.

Only necessary Accept All

Here you can assess and customize the cookies that we'd like to use on this website. You're in charge! Enable or disable cookies as you see fit. To learn more, please read our cookie policy.
Technically Necessary Always Enabled
Technically necessary cookies are absolutely essential for the website to function properly. This category only includes cookies that ensures basic functionalities and security features of the website. These cookies do not store any personal information.
Others
Other uncategorized cookies are those that are being analyzed and have not been classified into a category as yet.
Marketing
Marketing cookies are used to provide visitors with relevant ads and marketing campaigns. These cookies track visitors across websites and collect information to provide customized ads.
Analytics
Analytical cookies are used to understand how visitors interact with the website. These cookies help provide information on metrics the number of visitors, bounce rate, traffic source, etc.
Save & Accept