Why we need to talk about the confidence gap

How hybrid work environments could reduce gender equality at work

I think most of us have heard about how women across the UK have disproportionately been affected by the global pandemic these past 18 months. Sectors that were severely affected, like the hospitality, retail, and tourism industries, employed a large portion female employees. Women have also taken on a larger portion of household and unpaid work compared to what they did before the pandemic.

Both of these factors have of course heavily impacted women’s work participation levels and chances to succeed in the workplace. There is, however, another less frequently discussed aspect, which I’d like to shed further light on, that has contributed to widening the differences between genders.

The “Confidence Gap” is a term coined by Dr. Russ Harris which attempts to explain some of the underlying psychological reasons why men traditionally tend to outperform women in the workplace despite women performing better academically.

The key factor is confidence…or lack of it.

According to Harris, there are several underlying reasons why men seem to be more confident than women. Looking at it from a biological point of view – Females are genetically prone to be more careful and tend to be less risk-taking compared to men. Men, on average, have around 10% higher levels of testosterone compared to females which increase risk-taking and raise confidence levels. How that translates into a corporate setting is that it makes the individual appear more “driven” and “risk-taking” which traditionally is seen as beneficial in the corporate world.

There are, however, other societal or behavioural reasons why men tend to be more confident. Traditionally, there has been a stark difference in how boys and girls were brought up. Boys have, to a greater extent, been allowed to be loud, fight and have a general tougher attitude to one another compared to girls who were thought to be kind, gentle, and caring. This has resulted in men being more resilient and not taking setbacks as harshly as women tend to do.

The above-mentioned factors are far from exhaustive, but the combination of these biological and societal factors may result in women being more careful, less resilient, and less risk-taking than men. Women also tend to not speak up as often in fear of saying something “stupid”, aren’t as confident in their own abilities, take setbacks more harshly than men, and are not asking for promotions as frequently as their male colleagues do. Does this mean that men never doubt themselves? Of course not. The difference is that they don’t let their doubts hinder them as often as women tend to do.

The effects of this confidence gap can be seen already at the university level. Looking at Universum’s talent insights, which surveyed more than 40,000 students across the UK in 2021, show that 41% of male business students perceive themselves as high performers compared to only 34% of their female classmates despite women historically perform better academically. Male graduates also expect 12% more in salary compared to the female students. This may not seem like a lot at first but comparing the student results with research done on more than 18,000 professionals across the UK in 2021, it is clear that the pay gap widens with seniority as male professionals on average requested 27% more in salary than their female peers.

So how has the pandemic impacted this confidence gap and what can companies do to address it?

Studies show that women often find it more difficult than men to “take up space” in a group setting without being seen as “too dominant” or “overly emotional”. Although these tendencies have been observed in normal “face-to-face” settings, it is an element that is amplified in virtual situations. As women avoid taking up more space than necessary and speak less than men do, it could put them at a disadvantage when it comes to career progression as they may appear less engaged and influential compared to their male colleagues.

Online communication has also been seen to strip away the more subtle, nonverbal cues that women use more frequently than men as a part of their communication method. Conference calls or video conferences for example make it harder for attendees to know how long to pause before letting someone else speak which tends to affect women to a larger degree who are less inclined to jump in or interrupt.

So, what can companies do to design a work environment that is more equal, inclusive and counters the confidence gap? There is of course not a simple “one size fits all” solution but the first step is to raise awareness around the topic. Many people today are not aware of the existence of the confidence gap, so the first thing to do is to educate managers and team leaders about the issue. It is thereafter important to establish more inclusive ways to communicate with your team members where all participants can contribute in ways that makes them comfortable. For some individuals, going around the team allowing everyone to share their thoughts is one approach, others prefer smaller team sessions which “take the pressure off”. It’s also important to establish ways for your employees to share their experiences and thoughts around the topic. This will not only teach you more about your unique challenges but also what you’re doing right which will enable you to communicate more genuinely and effectively with your team. If managed well this could even result in amazing employee stories which could be shared to boost internal engagement and influence your employer brand.

So, whether your company will allow its employees to work from home indefinitely or if you’re exploring various hybrid working arrangements it is important to remember the confidence gap, where it stems from, and how it affects different talent groups to ensure we promote a more inclusive and effective work environment.

Do you wish to better understand your brand image, audience and competitors?

Every year Universum surveys over 1 million students and professionals worldwide to identify the brand image status of the most attractive employers. Our Analytics solutions give you the insights you need to win the war for talent. 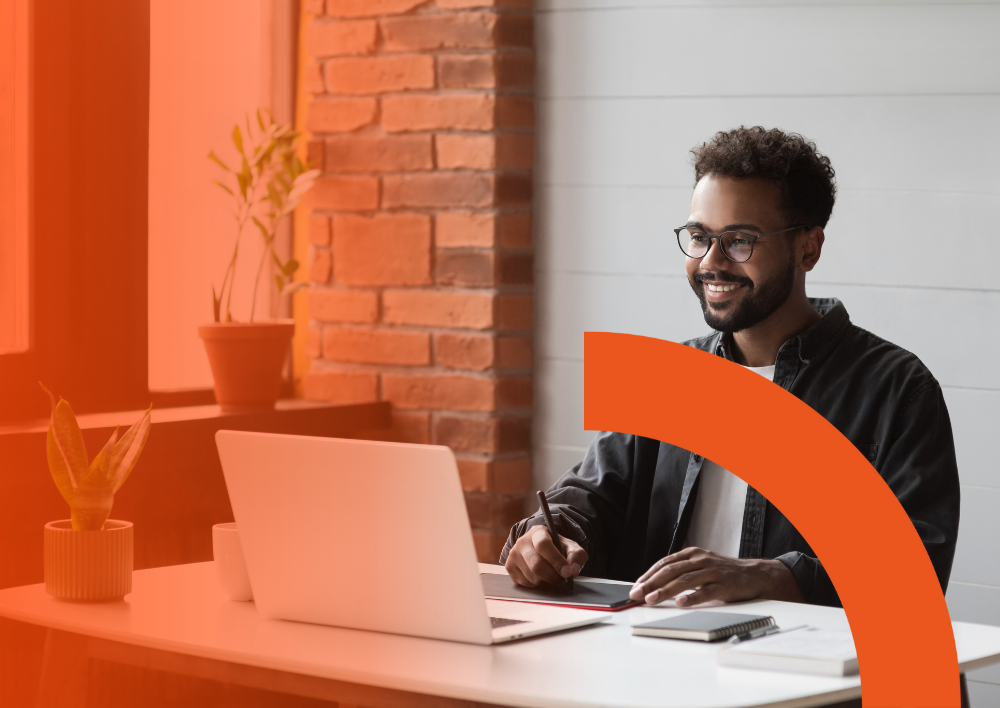 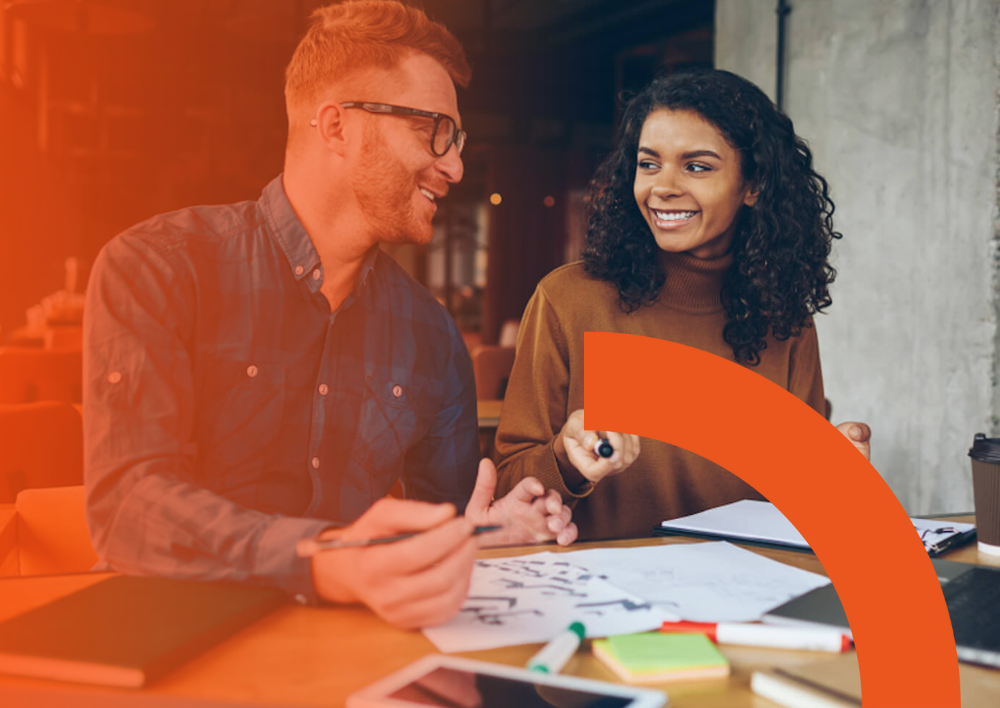 We (Universum Communications Sweden AB) collect and process your personal information to improve your experience on our site. By accepting, you consent to this data processing. This action is revocable at any time.

You can also manage your settings or reject the data processing and find more information within the Cookie Policy. By consenting you may also agree that data will be transferred to the USA and potentially other countries. In such countries, authorities may have easier access to such data and you may have fewer rights to oppose such access, as compared to the European Union.

Only necessary Accept All

Here you can assess and customize the cookies that we'd like to use on this website. You're in charge! Enable or disable cookies as you see fit. To learn more, please read our cookie policy.
Technically Necessary Always Enabled
Technically necessary cookies are absolutely essential for the website to function properly. This category only includes cookies that ensures basic functionalities and security features of the website. These cookies do not store any personal information.
Others
Other uncategorized cookies are those that are being analyzed and have not been classified into a category as yet.
Marketing
Marketing cookies are used to provide visitors with relevant ads and marketing campaigns. These cookies track visitors across websites and collect information to provide customized ads.
Analytics
Analytical cookies are used to understand how visitors interact with the website. These cookies help provide information on metrics the number of visitors, bounce rate, traffic source, etc.
Save & Accept